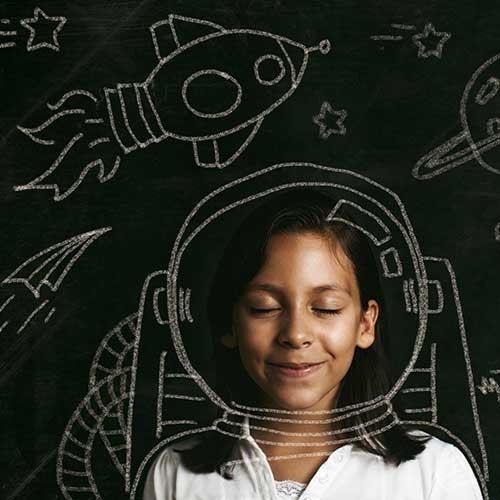 Ronald D. Davis founded the Davis method for the correction of Dyslexia and other specific learning difficulties. His priceless pearls of wisdom on the Anatomy of a Learning Disability along with key thoughts and solutions can be found in his internationally best-selling book "The Gift of Dyslexia".

No one Dyslexic is the same. Each carries their own individual mixture of traits that would fall under the umbrella term, Dyslexia. The biggest misfortune of a dyslexic individual is recognising academic deficiencies that create social and emotional issues, without being able to identify why they exist or how to overcome them.

A staggering one third of children are primarily visual thinkers, who have the ability to think faster and in more depth than linear thinkers. Visual thinkers can therefore be confused when faced with a symbol, such as a word representing an item, failing to make connections between words and their actual meaning. This triggers confusion and 'disorientation', a mental space where mistakes and further confusion is instigated. Stress and despondency suffered during early school years compound the problem with mental tricks adopted to give the appearance of learning. This loss of self-esteem causes many dyslexics to adopt methods to hide their learning disability

A dyslexic individual's biggest misfortune is recognising their own academic, social and emotional deficiencies, without being able to identify why they exist or how to overcome them.

Some common characteristics of Dyslexic individuals:

Difficulties affecting balance, movement, handwriting and the sense of direction)

Professional services described as Davis®, Davis Dyslexia Correction®, Davis Symbol Mastery®, Davis Orientation Counseling®, and Davis Math Mastery® may only be provided by persons who are employed by a licensed Davis Specialist, or who are trained and licensed as Davis Facilitators by Davis Dyslexia Association International. www.dyslexia.com